First for exports with 90% of its products crossing the national borders and now also fourth PGI at national level: Balsamic Vinegar of Modena PGI continues to be one of the leading Italian agri-food excellences. The position of black gold in the Atlante Qualivita Food&Wine 2015 Top Ten was established by a general census in which Balsamic Vinegar of Modena came a close third behind Grana Padano, Parmigiano Reggiano and Prosciutto di Parma. These results were presented in the past few days at Expo Milan, where the General Assembly of PDO and PGI Italian Geographic Indications was held, with the Minister of Agricultural Policies, Maurizio Martina, and all the sector organizations in attendance. The Qualivita Foundation also researched PDOs and PGIs according to areas and in this “special” ranking Emilia Romagna holds sway: immediately after Parma – which takes first place – comes Modena, in second position thanks to the excellent performance of Balsamic Vinegar in the Top Ten. 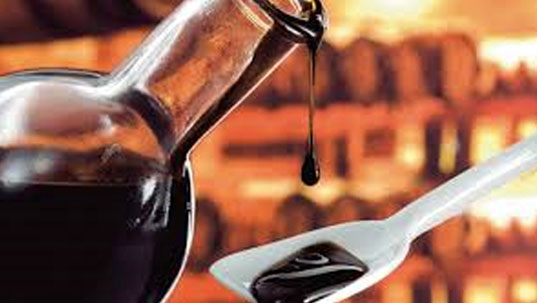 This is a “recognition” that can add further value to a production so closely linked to its geographical area, and which has an annual production turnover of more than 450 million euros and a consumption turnover of almost 700 million. A “love story” with the area that has played and continues to play an essential role in building the indisputable fame that black gold enjoys in almost 120 countries worldwide, where it exports over 90% of its annual production of more than 90 million litres. This great fame has, however, led to a significant incidence of counterfeiting or evocation, thus damaging the producers and confusing consumers. The activities of the Consortium for the Protection of Balsamic Vinegar of Modena PGI, in conjunction with policies implemented by the Ministry of Agricultural Policies to combat agropiracy, including online cases of it – represents an important step forward in fighting illegality. The effectiveness of these interventions is confirmed by the agri-food exports Istat data for the first four months of 2015. Exports for the whole agri-food sector amounted to almost 12 billion euros in 4 months, an increase of 18% over 2014: a measure of the strength of agri-food Made in Italy which shows the ability to seize opportunities everywhere – in particular in non-European markets – but also the Government’s commitment to supporting agri-food companies with a clear internationalization plan.